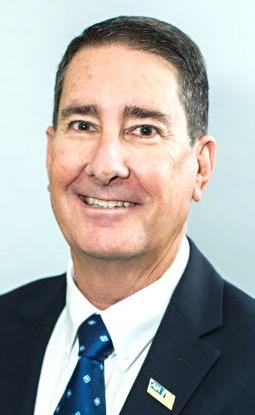 The Arizona Interscholastic Association Executive Board voted May 24 in favor of adding girls wrestling as an emerging sport for the winter school year beginning with the 2018 season.

“The coaches are the ones that really brought this up, feeling it is time,” AIA Executive Director David Hines said. “There are quite a few girls who want to wrestle in Arizona and they are not having real good success having to wrestle against the boys.”

With the vote, Arizona joins 10 state high school organizations that offer girls wrestling as a championship event. The number of individual wrestlers in each weight class will depend on the number of girl wrestlers during regular season tournaments.

“This is a positive move for the AIA and for all the female wrestlers throughout the state. It’s another opportunity for student athletes to compete, which will also help the sport grow,” Hines said. “Girls wrestling is also becoming an emerging sport at the NCAA level, which means there will be scholarship opportunities.”

While none of the athletic directors of local schools said they have had direct inquiries from female wrestlers, the districts are prepared for the inclusion of the sport.

“For many years, Glendale Union High School District has had female students participate in wrestling,” GUHSD spokesperson Kim Mesquita said. “We will continue offering the same opportunity and will monitor the interest expressed before beginning a new or separate program.”

Deer Valley Athletic Director Scott Warner also said the district has had no direct inquiries about female wrestling, but it will also monitor any requests.

“I believe anything that brings more girls to athletics is a good thing,” Warner said. “We do not know of any interested girls and we have had no response to this addition as of yet.”

Hines said girls wrestling will be an “emerging sport” in 2018, the same way beach volleyball was in 2012. Beach volleyball is now a fully sanctioned sport by AIA and had more than 60 teams participate this past year.

The growing number of female wrestlers within the state that participate in USA Wrestling youth programs was a main factor for the executive board to vote in favor of the initiative.