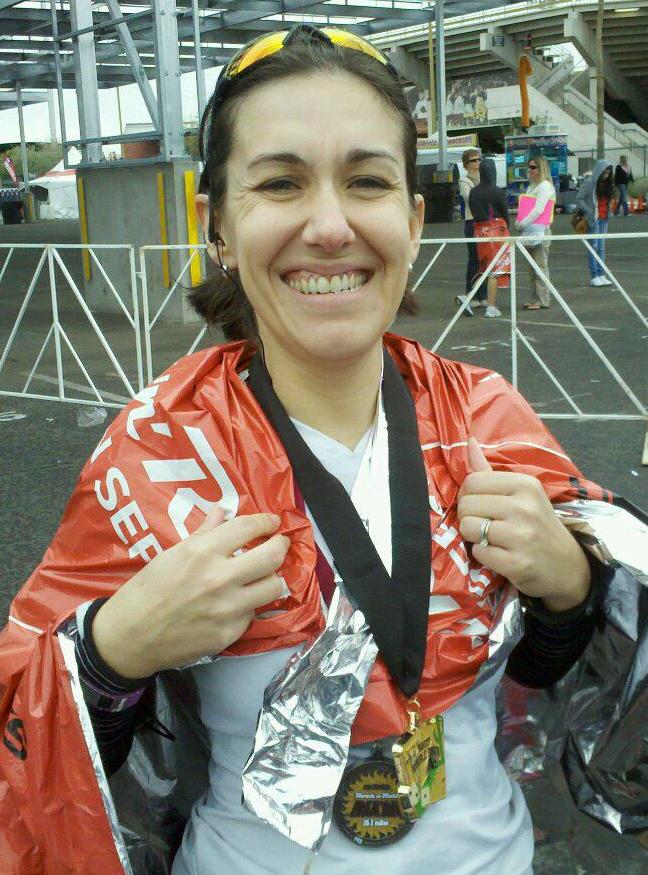 Losing 60 pounds and eight dress sizes was Adrienne Dalaly’s road map to her “happy place.”  She walked that path in another life, but never forgot the journey.

“My lifestyle was very different then,” she said.  “I was single, worked the night shift as a local TV news producer and was out with friends on the weekend.

Fast forward five years.  Her life had new dimensions with a job in another industry (“the craziest and best decision I ever made”), her first child and 30 extra pounds of baby weight.

She shed those pounds, but now, six years later “with another newborn, here we go again.  I’m determined to get back to my pre-pregnancy weight, body, health and attitude.  But I live in the real world.  I work full-time and have a thing for apple fritters and good beer.”

We all have our obsessions.  And our personal “drivers.”

“What motivates you to lose weight?  It’s different every time,” she said.  “This time, part of it was wanting to be back in all the great clothes I have. I really don’t want to spend the money on new clothes.”

So, she’s back on that path.

“It’s the early part of the journey, but I’ve got my wedding rings back on and I’m in some pre-pregnancy clothes even if the scales haven’t moved much.  I’m clearly moving in the right direction,” she said.

And then there’s knowing how “important it is to be a good role model,” she explained.  “I didn’t have a great role model for women and body image, but now I’ve got two girls and a teenage stepson. They look at me and see that I became a serious runner after having my first daughter. She started running cross country at age 6 because she wanted a medal.  She got one and, yeah, she loves both donuts and apples.”

“That motivates me because maybe what I’m doing will mean they won’t have to struggle with their weight,” Dalaly, a Peoria resident, said.

She’s also motivated by that “crazy” job of hers as a leader with Weight Watchers of Arizona.

“Weight loss isn’t rocket science,” she said.  “You have to do the right things long enough to get to where you want to be. I know where I want to be and that’s back into athletic shape.”

She’s already run nine half marathons and one full 26-miler.

“My daughter has been at the finish line for each one,” she said. “That’s why she loves running.”

So, for anyone hoping to lose and control their own weight, Dalaly offers these tips:

• Be accountable to the number. Weigh in once a week.

• Be honest about what you really eat and drink.

• Don’t deprive yourself.  “Another leader once told me: don’t do anything to take the weight off that you’re not willing to do to keep it off.  People do crazy things to lose weight, but are they going to do that for the next 30 years?  Probably not.”

• Leave something on your plate.