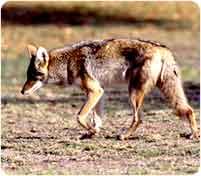 Coyotes are agile and can scale backyard fences easily. Arizona Game and Fish Department has tips to help keep the wild animals away from urban neighborhoods. 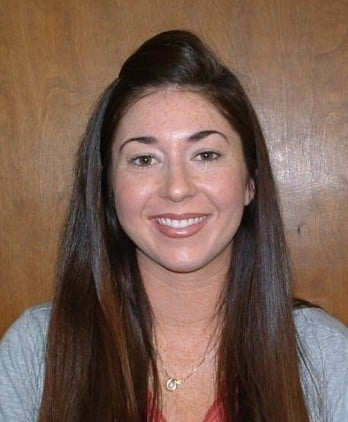 With the temperatures dropping, residents are taking advantage of the cooler weather with evening walks and by letting their pets out in the evenings. But, just because the weather is cooling off does not mean people do not have to worry about their pets' safety. Recently, several people have reported missing cats and small dogs whisked away by coyotes.

In the area of 75th and 73rd avenues in between Cactus Road and Sweetwater Avenue, there was a Yorkshire Terrier "yorkie" that has been missing since Oct. 31. The owner, Gracie Gibson, said her 15-year-old dog went missing on Halloween. She later heard from neighbors that they had seen a coyote with a Yorkshire terrier in its mouth as it ran down the street. Another neighbor said their cat also had been missing since Oct. 31.

"My family and I are devastated at losing our dog," Gibson said. "But I worry about the young children that play in the neighborhood. It's getting dark earlier and staying dark later in the mornings. I would hate for a small child to be attacked."

Mark Green, another resident in the area, said people walking in the area during the evenings have reported seeing coyotes. Gary K. Lines, another resident in the area, said he and his wife came home one night to see a Coyote scampering around their neighbor's front yard. The next morning, Nov. 3, his wife found a dead yorkie lying in their front yard. The little dog with a pink ribbon in its hair appeared to have been attacked and chewed on. Lines said there have been several coyotes roaming the area south of the QT convenience store on 67th Avenue and Thunderbird Road, and one coyote has been seen continually returning to the front lawn of a home on 63rd Avenue and Bloomfield Road.

Neighbors contacted the Peoria Police Department and were told to contact the Arizona Game and Fish Department (AGFD). AGFD said it would respond to reports of mangy coyotes, although there is not much they can do.

Anyone with pets or small children should use extra caution and not leave them unattended outside in the evenings or early mornings. Coyotes are very agile and can hop fences very easily. So, do not rely on fenced-in back yards or doggie doors that lead to back yards. Coyotes can be very brazen. It is not uncommon for a coyote to try and snatch a small dog while it is on a leash with its owner.

Do not leave water, trash, food, or pet food outside, uncovered or unsecured. The smell will attract wild animals and keep them coming back for food in the future.

Coyotes also attack large dogs that bark at them, viewing them as a threat. Coyotes have been known to lure away larger dogs off their leash away from their owners, then attacking them alone or with other coyotes in a group.

If you spot a coyote, or if it tries to approach you or your pet, begin shouting and waving your hands or banging pots, pans or rattling an empty coke can with small rocks in it. You may even throw stones at it. Do not turn and run, because animals may see this as a sign to chase and attack you. Coyotes can run up to 40 mph.

For angry neighbors who would like to simply shoot a problem coyote, there are a few rules to consider:

· Coyotes are classified as predators and have an open, year-round hunting season. A valid license is required, except in a case where livestock has been killed. See Arizona Game and Fish Department Hunting Regulations, ARS-17-239.

· State law bans firing a gun within a quarter-mile of an occupied residence or building while taking wildlife, unless you have the owner's permission.

The AGFD said that removal of a coyote is usually the last option. Coyotes will keep coming back to the same area if attractants are not removed, Coyotes do not usually become a problem when people are cautious and aware. Homeowners may trap and relocate coyotes, but must contact the Arizona Game and Fish Department for an appropriate release location before transporting the animal. Homeowners can also hire a wildlife control business to capture and remove coyotes for a fee. For a complete list of removal businesses, visit http://www.azgfd.gov/w_c/urban_rehab_relo.shtml#control. Or, call Abate Pest Management at 623-584-7570.

For more information on coyotes and safety tips, visit

Is there a coyote problem in your neighborhood?